The Wizard101 Journey: My Journey to Max Level

It has been a long journey for me with the game of Wizard101. And I think its time to share the story.

I started playing wiz in 2012. I had seen the ads for it on TV since its release in 2008 and, though it didn't peak my interest during those years, there was something about it that called my name that year.

I created an account, picked my first character's school (which back then was fire) and I was on my way. From there I found myself hooked on it. I couldn't stop playing it.

The only thing at the time that prevented me from continuing on past Wizard City was not having a membership.

So for 2 whole years, I gave up on it. I didn't even think about playing it and moved onto other games.

In 2014, I somehow found myself curious about how the game had evolved since then and created another character. I then was able to find some walkthroughs online done by Blaze LifeHammer and ZenMaster Blue that helped me get my character farther into the game then before.

And that continued for a good 2 years. I watched the walkthroughs every time a new one would come out and begged my parents to get me membership cards so I could get my character to a higher level.

2016 rolled around and I found myself once again in a place where I thought I needed to move on from this game. But once again, there was something inside of me that kept me going. In late 2016, I created my death character who is what my blog's name is inspired by, Jacqueline DuskPetal. I loved this character with all of my heart and I thought to myself, THIS WILL FINALLY BE THE CHARACTER I GET TO MAX WITH.

And I truly thought it would be the case.

And then, my computers both. My laptop and desktop both just shut down for no apparent reason one day in the winter of 2018.

I hadn't written down my username and password for that account (I know such an idiot move) so I cancelled that membership and started over.

Now, I still love the death school, it will always be my favorite. It always has been. But after that whole situation, I just didn't care what my next character's school was. I logged in, created a new character and took the test to decide what the school would be.

It turned out to be Life.

After that I thought this could be fun. I did like most of the spells that had been part of the school so I said to myself "Why not give it a try?"

Let me tell you that it was quite a struggle.

I never had the best gear setups (I had terrible luck with gear drops) so that made it harder to reach max. Plus I was still learning things about the game that I hadn't known before as I went along.

I was almost in tears of joy when it finally happened. After 7 years, I now have a max character.

I wouldn't have been able to do this without help from the community. More specifically, I wanted to shout out some of the content creators that helped me out with getting to this point. Like I mentioned earlier Blaze LifeHammer and ZenMaster Blue where the first couple of people who helped me along this journey. Without their walkthroughs, I don't know if I would have gotten back into wiz in the first place.

And then there is a very special group of people that I also wanted to give thanks to. And that's Tara DawnBreaker and the whole Tara Cat Club community. I have been fortunate enough to make so many friends over there that have helped me get to max as well. I couldn't be more fortunate.

So that's my story. I hoped you guys enjoyed hearing it. And I hope that if you are struggling with your character in the game, that you will keep going. You will hit max one day. No matter how long it takes.


Here is my first max character: 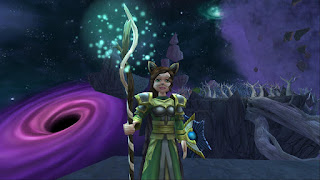